The Rose Award is an annual luncheon and ceremony honoring a woman who has made extraordinary contributions to the quality of life in Los Angeles. All funds raised through the event go to support the Los Angeles Parks Foundation. 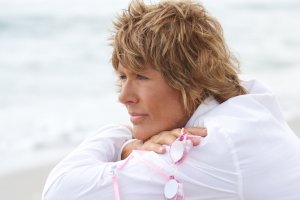 On September 2, 2013, 25 million people worldwide cheered as Diana Nyad achieved her 35-year old quest of becoming the first person to swim from Cuba to Florida with an astonishing time record: 110.86 miles in 52 hours, 54 minutes, 18 seconds. Diana is a prominent sports journalist, filing over 30 years for National Public Radio, The New York Times and others. Diana and Bonnie Stoll lead EverWalk, a national organization that promotes walking, including monthly walks in Pan Pacific Park, a Los Angeles City Park in the Wilshire Area. 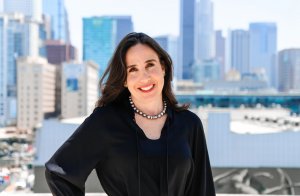 Gillian Zucker is a sports industry veteran with more than 25 years of experience in the industry. She joined the Clippers after spending 16 years in motorsports, nine as the President of Auto Club Speedway, the largest racetrack on the West Coast, and was named one of the top five most powerful women in motorsports by MSN and FOX. In 2019-2020, Gillian enters her sixth season as President of Business Operations of the Los Angeles Clippers.

The Rose Garden is located inside Exposition Park, directly south of the University of Southern California. From Interstate 110, exit Exposition Boulevard. Parking is available for $12 USD at the California Science Center, which is adjacent to the Rose Garden. The event is also accessible by public transit. Take the Metro Expo Line from Downtown LA or Santa Monica to “Expo Park/USC” station.

If you have any questions about the event or how you can support, don’t hesitate to call or e-mail us!