You are cordially invited to our upcoming “Midwinter Nights Dream Dinner” fundraiser on Saturday, February 15th, supporting the 17th Annual “Bach, Rock and Shake” event at the Greek Theatre. Guests will be treated to an evening of culinary delight spearheaded by this year’s celebrity chef, Mark Baar, that will include three courses with each course accompanied by a wine pairing. The fundraiser will be held at the Greek Theatre’s Redwood Deck. 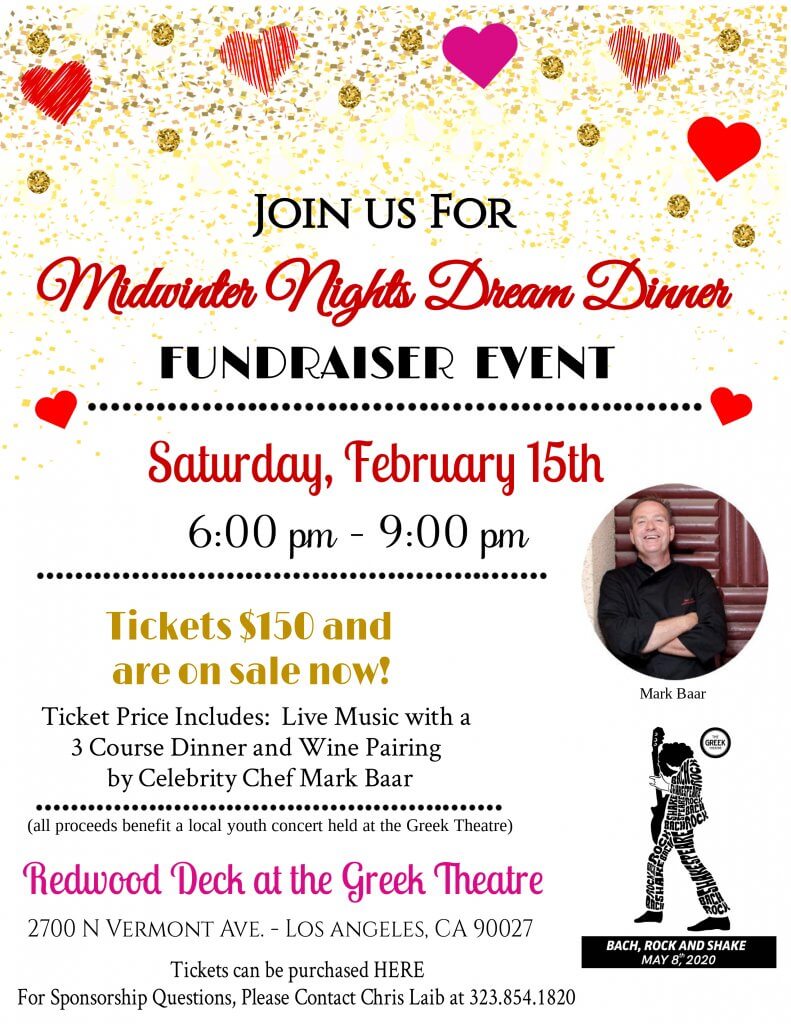 Mark grew up at Perino’s Restaurant in Los Angeles with the farm to table ideology before there was such a thing. After his apprenticeship at Perino’s Mark went onto the bay area during college working for great American chefs Jeremiah Tower at Stars, Cindy Paulson at Roti, David Narsai at Narsai’s and Bruce Cost at “Monsoons” Adding to his classical training. His friend Deborah Madison rooted Mark in the organic and sustainable California food explosion of the late 70’s. With her introduction to him of the local farmers and ranchers. Opening Restaurants In Los Angeles, S.F., N.Y. and Shanghai gave him a opportunity grow even further. Mark has worked abroad in Thailand and Viet Nam as a Chef. He recently spent four years in China as Executive Chef and kitchen designer opening great eclectic, American and Japanese restaurants and Sushi bars.