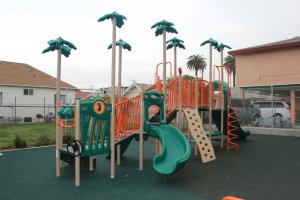 Despite decreased revenue and staff, the City of Los Angeles Recreation and Parks Department has embarked on an ambitious project to add 50 small, neighborhood parks in areas of our city without sufficient green space. The department has identified blighted or foreclosed building sites for creation of walkable parks with children’s play equipment, landscaping and respite areas within densely populated neighborhoods. As one of the largest urban park expansions in the country, Los Angeles is at the forefront of increasing park lands, improving neighborhoods and promoting a better quality of life for all Angelenos. 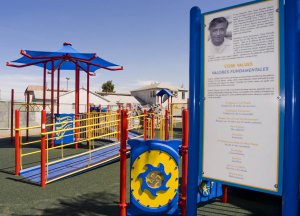 Through grants from the California Endowment and First 5 LA, the LA Parks Foundation has partnered with the city and others to build 4 new parks. Seventy-Sixth Street Park, dedicated in December 2012, was one of the first to open. Construction was funded by The California Endowment. First 5LA sites at 97th Street, 105th Street and Amistad Park all opened in the first two months of 2013. The Department introduced the initiative with the Mayor in early 2012 and has secured 48 properties. 18 sites have been completed.